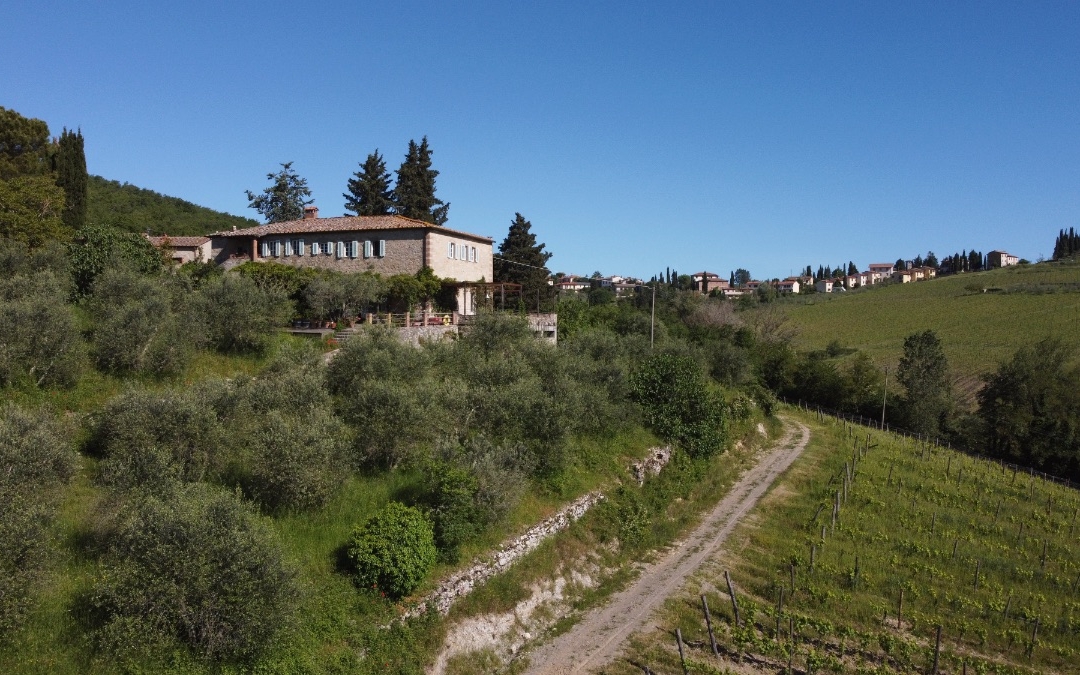 Just outside Radda in Chianti, award winning wine from a small producer. 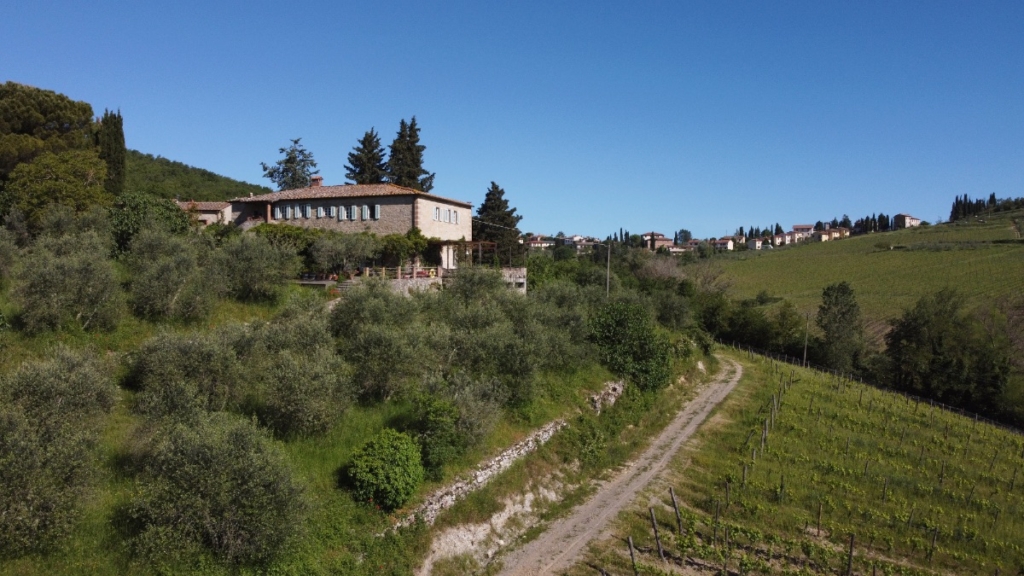 In in the Catholic mass bread and wine are transformed into the Body and Blood of Jesus Christ. This happens in  every mass during the consecration. At the altar the priest will raise first the Eucharist and then the Chalice of wine saying:

“Blessed are you, Lord God of all creation,
for through your goodness we have received the wine we offer you:
fruit of the vine and work of human hands,
It will become our spiritual drink.”

This act elevates the wine, (up until that moment it is wine) and transforms it into the actual blood of Jesus Christ, this happens to the bread as well, it is transformed into the body of Jesus Christ. The phrase fruit of the vine and work of human hands is representative in our participation in God’s plan. While the vine can be tended to, watered, cared for and overseen by a vintner, the harsh reality is that winemaking is a delicate process in which one hail storm, lack of rain, too much rain, hot weather, too much wind, humidity and many other factors contribute to and can destroy a harvest.

This is the reality of making wine and God’s (through nature’s) participation can not be left out of the equation. God also recognizes the winemakers part, he who has to harvest, separate and create the wine, extract the juices, allow the fermentation process and bring the wine to into a safe and drinkable product for people to consume. We can see why with all of this work wine can be elevated to the spiritual as it has gone through a collaboration between God and the winemaker before it is opened at your table to often time celebrate an important Occassion.

This is also the reason wine should be savoured and not abused, but respected for all of the love poured into making it.

Val delle Corti is overseen by winemaker Roberto Bianchi and is wife Lis Grundmann. Their story as a couple is in some ways biblical and informs how they fun their family farm and produce their wine. Make no mistake, winemaking is farming, as romantic as the final product is wine properties are pure agricultural operations where crops are grown and harvested and products are produced.

Roberto does everything he can to not disturb the natural environment. These branches are collected and used to tie the vines later in the season so as not to introduce thread or plastic or string into the vineyards.

The biblical part is in their marriage story. Roberto’s father came from Milano and bough the farm in the 1950’s, he began producing wine here and was also mayor of the town Radda in Chianti. His father represented the communist party in this region and Roberto grew up on the farm with his communist father. This was not a religious household and, as is well documented Christianity poses a problem against communist ideology.

Lis, was raised a German Catholic and is one of four sisters who grew up in the faith. This meant also the relationship began in this way. An interesting thing happened when they were to eventually marry. Roberto felt moved by the Holy Spirit to explore the Catholic faith and with the assistance of brothers at a nearby abbey began the process of becoming Catholic. It was something he was called to do to honor Lis and not in any way a requirement or condition by Lis who would have been happy to marry at the town hall in Radda.

Eventually, they were married in a church not far from their farm and they have raised their two children in the Catholic faith. What does this all have to do with wine? you might be asking. Well, Roberto and Lis’ road to making some of the highest prized wines in Italy (often being awarded three cups by the Gambero Rosso Tre Bichieri . Three glasses the highest prize they offer for wine.

The wine tasting section of the cellars.

I am fortunate to call Roberto and Lis friends and have visited their property many times since I have been in Italy. on my most recent visit I wandered around to see the property in Early May as the 2021 version of Val delle Corti san giovese grape were just beginning to reveal themselves on the vine.

I also witnessed the process of bottling the 2018 vintage, which had been sitting in oak casks in their cellars acquiring character and flavour for the past two years. What a treat.

Here is a short video I made on that day celebrating the work this family does year round in order to produce their excellent wine.